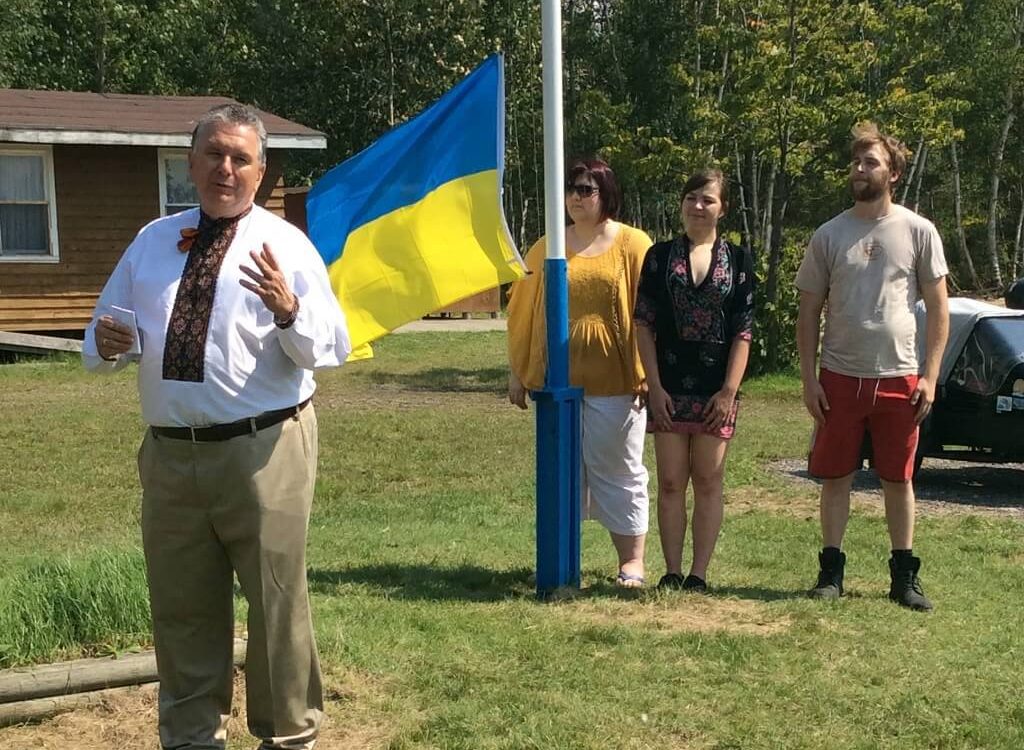 The Sudbury Branch of the Ukrainian National Federation celebrated the 150th Anniversary of Canada’s Confederation and the 26th anniversary of Ukraine’s Independence with a flag raising ceremony and the official reopening of its Camp Zaporizhzia on Richard Lake, August 20. The event was generously sponsored by UCC Youth Empowering Youth and Canada 150 with the family picnic that followed supported by the city’s popular European Deli.

UNF National President Taras Pidzamecky attended as a special guest and congratulated the branch on its successful re-activization. He underscored how the UNF from its beginnings in the 1932 served both to preserve Ukrainian culture in Canada and aid the homeland in need, adding that UNF Sudbury Branch and the Ukrainian community in Sudbury have been second to none in striving for these goals. He also noted that Canada’s support for Ukraine has been strong because the Ukrainian Canadian community has demonstrated how it is in Canada’s and the world’s interest to do so.

Master of Ceremonies Lesia Zacerkowny-Truppe outlined the many Canadians of Ukrainian ethnic and geographic origin who have contributed to Canada in the fields of arts, sports, government, the military, music and science.

“Today we also gather to commemorate Ukrainian Independence Day as it was declared on August 24 1991. It has been 26 years since independence was declared but as we know our history is far older dating to Kyivan Rus in 882 AD. We are well aware that “Freedom isn’t free” and that anything worth having is worth fighting for.

“After four years of war our brothers and sisters continue to fight. We remember multiple generations of Ukrainians who fought and died for the Ukrainian national identity and state independence. We hope and pray that a new age of peace will come soon.

“The UNF continues to support Ukraine in a future of democracy, liberty and human dignity. We as Ukrainian Canadians rejoice as Ukraine continues to make political and business connections outside her borders and become stronger in her own right daily.