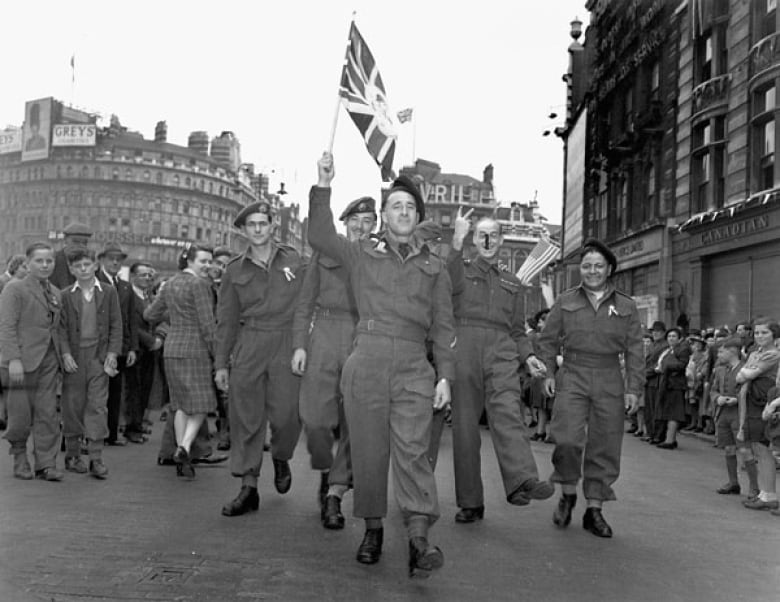 On the 8th of May we celebrate the 76th anniversary Victory in Europe Day, generally known as V-E Day. On 8 May 1945, Nazi Germany unconditionally surrendered to the Allies of World War II.

Upon the defeat of Germany, celebrations erupted throughout the western world. More than one million people celebrated in the streets throughout Great Britain to mark the end of hostilities in Europe. In London, crowds flocked to Trafalgar Square and up to Buckingham Palace, where King George VI and Queen Elizabeth, accompanied by Prime Minister Winston Churchill, appeared on the balcony of the palace before the cheering crowds. In Toronto, thousands danced in the streets while three Mosquito aircraft dropped tickertape overhead. Most Canadian cities and towns held religious services of thanksgiving. Though the major threat of Nazi Germany had ended, the war with Japan was not yet over.