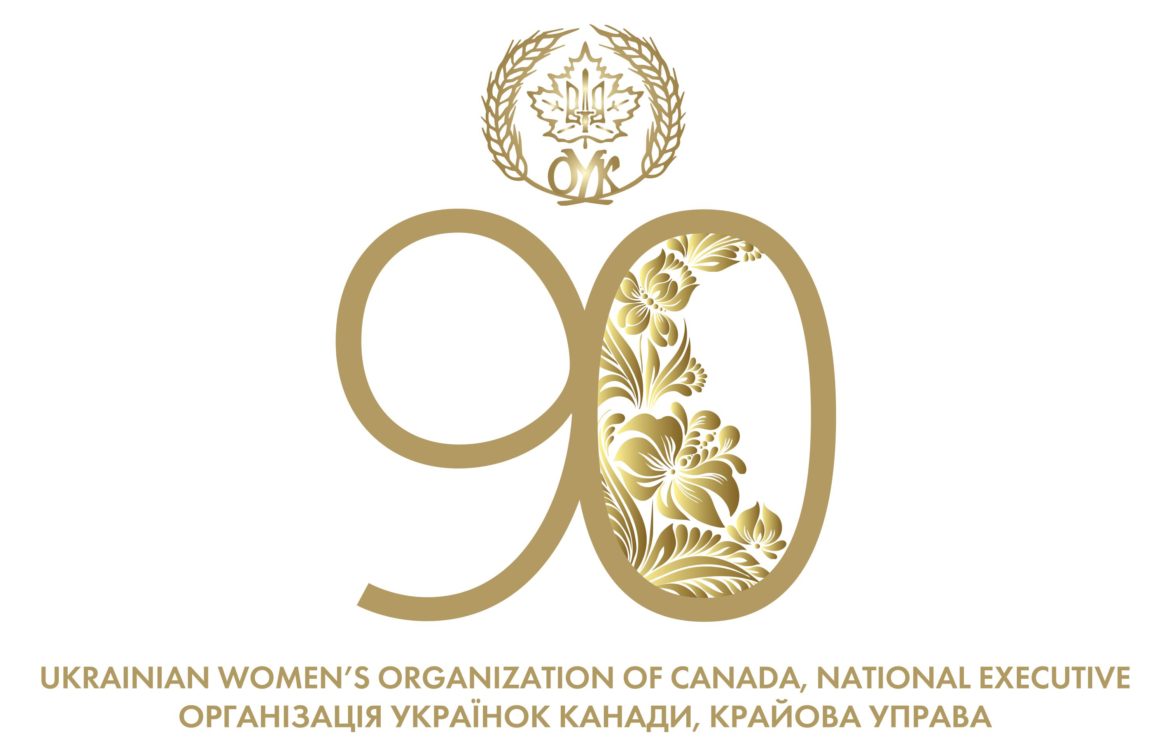 Over the course of its history, the organization’s headquarters have been located in Saskatoon, Winnipeg and, in more recent years, Toronto. The UWOC is a member of the World Federation of Ukrainian Women’s Organizations, The National Council of Women of Canada, as well as other national and international women’s associations.

The UWOC reached its 90th year in 2020, but, owing to the world-wide coronavirus pandemic, was forced to postpone its celebrations to a later time. That time has now come, and the organization is proud to announce that a host of special events (engaging seminars, workshops, and other festivities) are planned for 2022 throughout the country, culminating in a jubilee gala to take place in Toronto on October 15, 2022. The organization is also excited to unveil its official 90th Anniversary logo, which will be featured on all anniversary communications and commemorative items.

We will be sharing further details of our anniversary plans very shortly and look forward to welcoming you at our celebrations across Canada throughout the coming year.

The Ukrainian Women’s Organization of Canada (UWOC) 90th Anniversary logo represents the organization’s vibrant history. The gold colour symbolizes the golden wheat of the Canadian prairies, as well as Ukraine’s vast steppes. The beautiful floral arrangement in the centre is reminiscent of the traditional Ukrainian Petrykivka decorative art form, which started around the 18th century in the village of Petrykivka, Dnipro oblast, and now has UNESCO Intangible Cultural Heritage designation.

Thank you to Anna Harasym, the graphic artist who created this design. She, along with UWOC National Board members and 90th Anniversary Committee members, worked on this design to come up with something unique and reflective of UWOC’s rich legacy.

On behalf of the UWOC 90th Anniversary Organizing Committee