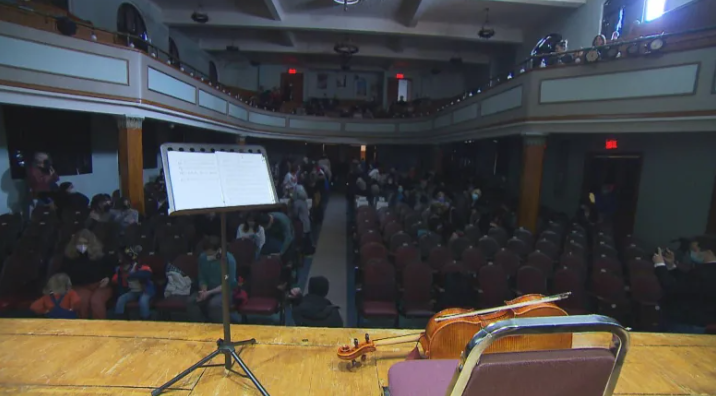 The Jazz performance was held at federation’s hall on Fairmount Avenue in the Mile-End. (CBC News)

The Ukrainian National Federation staged a fundraising concert to support relief efforts in Ukraine on Sunday afternoon, which was made possible with the support of Bogdan Gumenyuk, a Ukrainian jazz musician and composer now living in Montreal.

The saxophonist learned to play Jazz music as a teenager growing up in the country, and first came to Montreal as a PhD music student at McGill University.

“The last couple of days were probably the worst days of my life,” he said. “I wish no one feels that way.”

He’s gone between living in Montreal and Ukraine more than once. After graduating, he returned to the country to continue his music career and manage his music label. He moved back to Montreal in 2019, and said he now feels it’s his responsibility to give back.

The Jazz concert was held at federation’s hall on Fairmount Avenue in the Mile-End, and featured Gumenyuk alongside three other Canadian musicians. A few dozen people showed up to watch the performance and donate.

The musical performance was mainly inspired by the 2014 Ukrainian revolution and traditional folk songs, Gumenyuk said. What followed afterwards was an open discussion about Ukrainian culture and music. 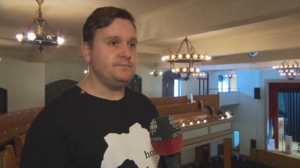 Ukrainian jazz musician and Montrealer Bogdan Gumenyuk learned how to play the saxophone as a teenager growing up in Ukraine. (CBC News)

The federation is currently working with Ukrainian government ministries to make sure the funds raised go to those who need it the most.

“Eleven days ago they were at school, work and restaurants, and going to the theatre,” said Kathy Smolynec, president of the Ukrainian National Federation of Montreal.

“Imagine what it’s like to suddenly lose your home, your clothing, everything you’ve ever known, to have your life turned upside down.”

Lindsay Reoch attended the show with her children, and said she wants them to know how important it is to contribute in whatever way possible when people need help during times of war.

“This affects all of us, and I try to instill those values in the kids even though they’re young, to know they’re participating and not sitting by.”