Letter to the editor: Canada’s first internment operation against its own citizens 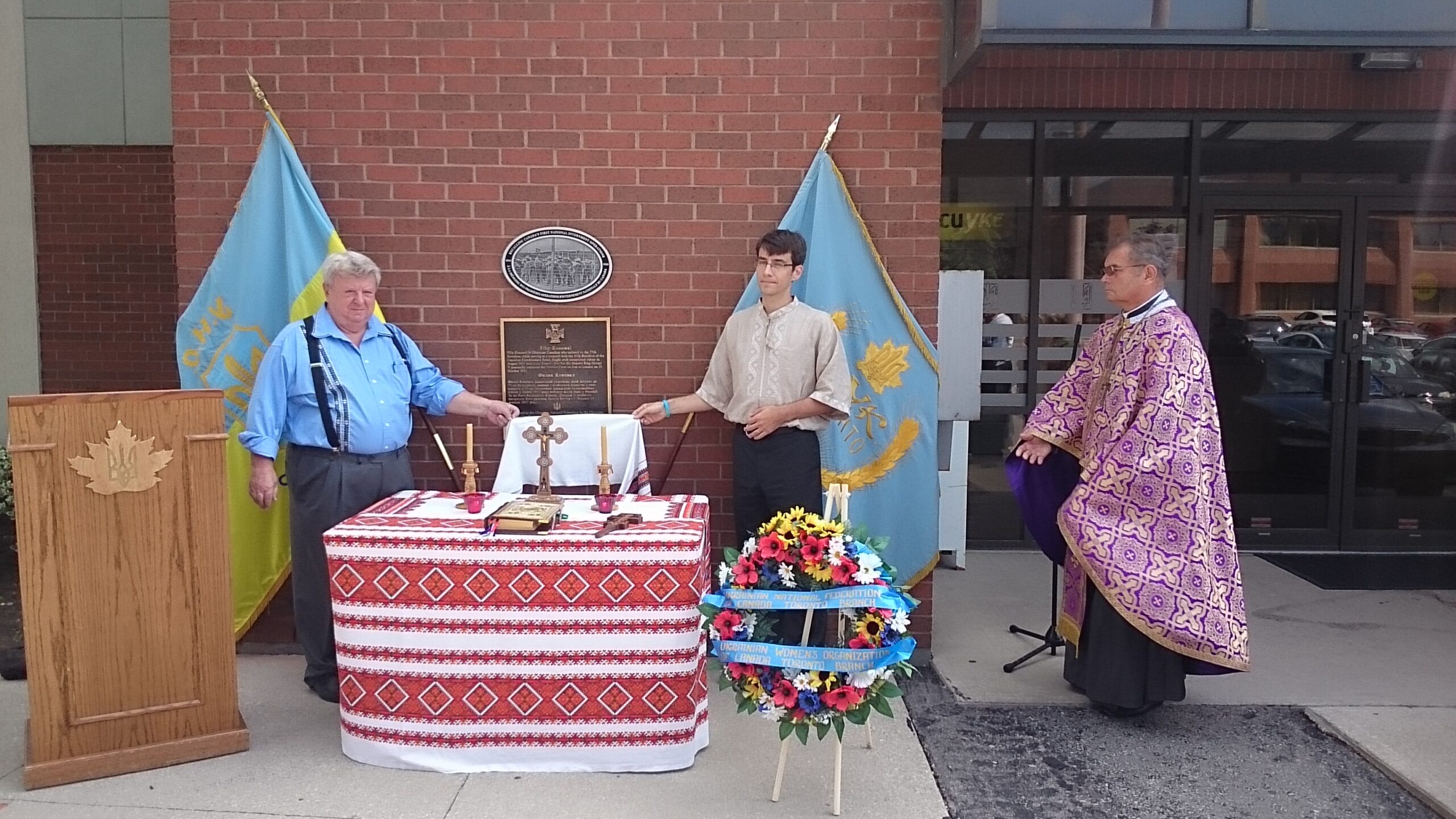 Canada’s first internment during the period of WWI of an innocent Ukrainian-Canadian pioneer community seems to go unnoticed by the media.

My remarks in 2014 at the unveiling of the Marker at the Ukrainian National Federation of Canada, Toronto Branch which deals with Canada’s first internment operation against its own citizens, seem appropriate to bring to the attention of the public, even if only the Ukrainian-Canadian public:

Remarks of Ihor Bardyn, first Chairman of the Ukrainian Canadian Congress Redress Committee, on the occasion of the unveiling of the Marker acknowledging the unjust internment of Canadians at the Ukrainian National Federation of Canada, 145 Evans Avenue, Toronto, on August 22, 2014 at 11:00 AM

One hundred years ago, the Union Government of Sir Robert Borden, passed Canada’s the first War Measures Act. This action created a class of over 80,000 enemy aliens who were disenfranchised and humiliated. More than 6,500 were imprisoned in 26 internment camps throughout Canada. Their property was confiscated and many were kept in jails with common criminals. This action of the government was justified on the grounds that the internees came to Canada from the Austro-Hungarian Empire with whom Great Britain was at war.

On September 10, 1917 Sir Wilfred Laurier (Prime Minister of Canada between 1896 and 1911) rose in the House of Commons to oppose the Union Government of Sir Robert Borden on the issue of the internment of innocent Canadians. He spoke as follows; “When the war is over, when peace is restored, and when we come to normal life, when we shall send our immigration agents to Europe again as we did before, do you believe that our Canadian immigration agents, when they go among the Galicians, Bukovinians (Ukrainians), that they will be disposed to come to this country, when they know that Canada has not met its pledges and promises to these people, who have settled in our midst… I have been supporting the government on the war issue up to the present session. I am sorry that the occasion arose during this session when I had to discontinue my support for the Government on an issue of great importance. I am sorry that I have to again dissent with the Government on this measure, but I believe, and we shall all be judged some day by our actions here…that in this instance the Government is taking a step which will cause serious injury to the country”.

Sir Wilfred Laurier and other members of parliament came to the defense of the young pioneer community which had been invited to open the Canadian prairies and who toiled under inhumane conditions to settle the vast unsettled land.

In September 8, 1917 the Daily British Whig (subsequently renamed Whig-Standard), in Kingston, Ontario published an editorial, which read in part:

“It is very probable that if this proposal becomes law the ‘alleged’ foreigners and hitherto ‘naturalized’ Canadians will bear their reproach meekly, but they will have sown in their hearts the seeds of a bitterness that can never be extirpated. The man whose honour has been mistrusted, and who has been singled out for national humiliation, will remember it and sooner or later it will have to be atoned for.’“

Today’s unveiling is important not only for the fact that 100 markers are being placed from sea to sea, acknowledging Canada’s first and the world’s first internment of innocent civilians … but just as importantly it is essential to note that this marker represents the strength of our democracy. There are many countries in which dark chapters of history are not only swept under, but are revised or made to suit the spins of the regime in power. The strength of Canada’s democracy, and the integrity of our government are demonstrated by their decision to acknowledge this wrong. They did the right and honourable thing. “This commemoration is timely and laudable.”