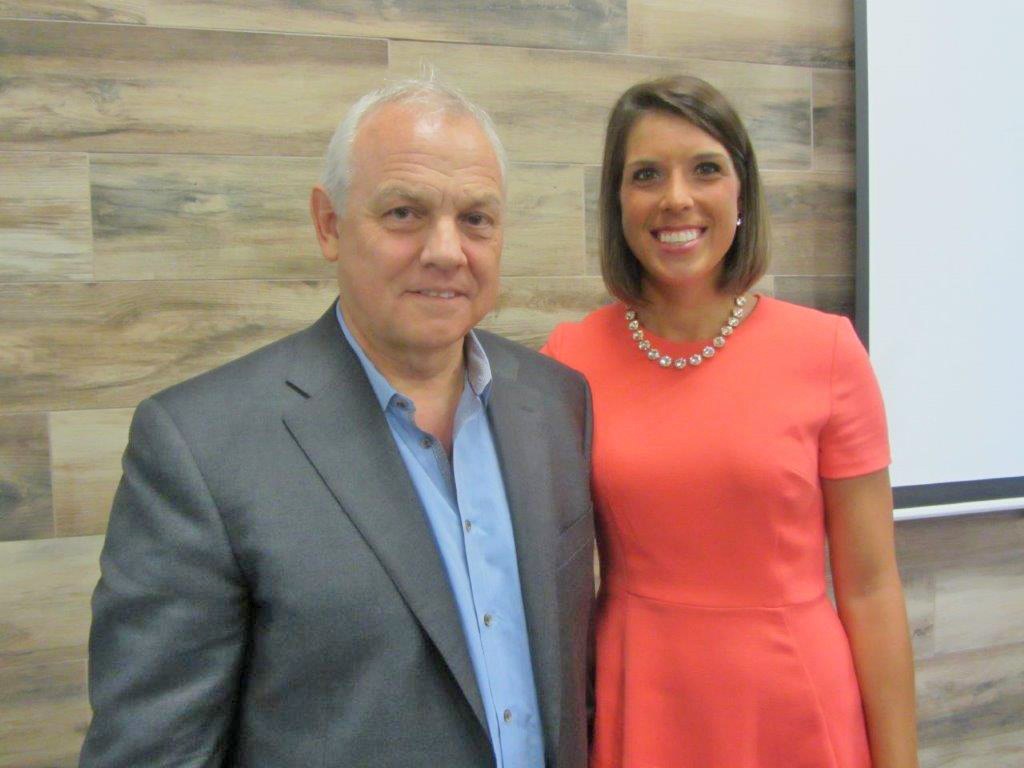 On Saturday, September 24th, the Ukrainian National Federation – Ottawa-Gatineau branch, proudly presented an evening with Dr. Oleh Antonyshyn, plastic surgeon and head of four medical missions to Ukraine to perform reconstructive surgeries on victims of war. The team’s work was most recently featured on CTV’s W5 special “Healing Hands”. Also in attendance were Drs. Sayyara Akhmedova and Korneliya Vyshkevych – maxillofacial surgeons from Kyiv, who were completing their surgical observerships at Sunnybrook Health Sciences Centre in Toronto.

The evening was very well attended by members of the Ottawa Ukrainian community, and consisted of a presentation by Dr. Antonyshyn, a question and answer period, and an informal social hour. Those who attended were deeply moved by Dr. Antonyshyn’s presentation, and responded enthusiastically by raising $9,000 for the Canada Ukraine Foundation, which coordinates Dr. Antonyshyn’s missions. Anyone who wishes to donate to this worthy cause can do so by contacting the Canada Ukraine Foundation at 416-966-9700 or online at https://www.cufoundation.ca/donate and clicking on “CUF Medical Mission”.

Dr. Antonyshyn’s parents were immigrants from Ukraine, who settled in Toronto, Ontario. Dr. Antonyshyn grew up a proud Ukrainian Canadian who was very involved in the Ukrainian community, most notably with Plast. Currently, Dr. Antonyshyn is a Professor in the Division of Plastic Surgery at the University of Toronto, with a subspecialty practice in craniomaxillofacial surgery. He earned his medical degree from the University of Toronto in 1980, and completed his surgical residency at the University of Western Ontario in 1985. Following his certification in Plastic Surgery, he pursued an additional 4 years of subspecialty fellowship training in craniofacial surgery including a traveling fellowship in Europe and Mexico City. Dr. Antonyshyn established the Adult Craniofacial Program at Sunnybrook Hospital in 1996 to address the specific needs of adult patients with post-traumatic, post-ablative, and developmental craniofacial deformities, and is currently the Head of the Program.

His research focus is in 3D craniofacial imaging and computer assisted surgical modeling. He has published 109 journal articles and book chapters, has secured a patent for an innovative technique of manufacturing patient-specific implants intraoperatively, and is the co-founder and partner in a surgical device start-up company called “Calavera Surgical Design”. In addition, he has won numerous awards for his research and medical education and sits on a variety of professional organizations, both nationally and internationally.

In April 2014, Dr. Antonyshyn travelled to Ukraine as part of a Medical Needs Assessment team sponsored by the Canada Ukraine Foundation, to assess the capacity of various medical facilities in Ukraine to manage trauma following EuroMaidan. Since then, he has led 4 surgical missions to Ukraine, to teach and perform reconstructive procedures in victims of war. To date, Dr. Antonyshyn and his team have performed 232 consultations, 183 procedures, and 97 operations. The team’s next medical mission is planned for winter/spring 2017.

Funding for the first two medical missions came largely from “United for Ukraine”, a fundraiser organized by the Canada Ukraine Foundation in September 2014, attended by Prime Minister Stephen Harper and Wayne Gretzky. The Toronto fundraiser was attended by almost 1200 people and raised upwards of $200,000. Eugene Melnyk and Bohdan Onyschuk co-chaired the fundraising efforts for the mission. For the 3rd and 4th missions, the team received a $1.2 million Global Peace and Security Fund grant through the Canadian Department of Foreign Affairs. Funding for the 5th medical mission is largely dependent on private donations.