Ukrainian Montrealers plead for more help for their home country 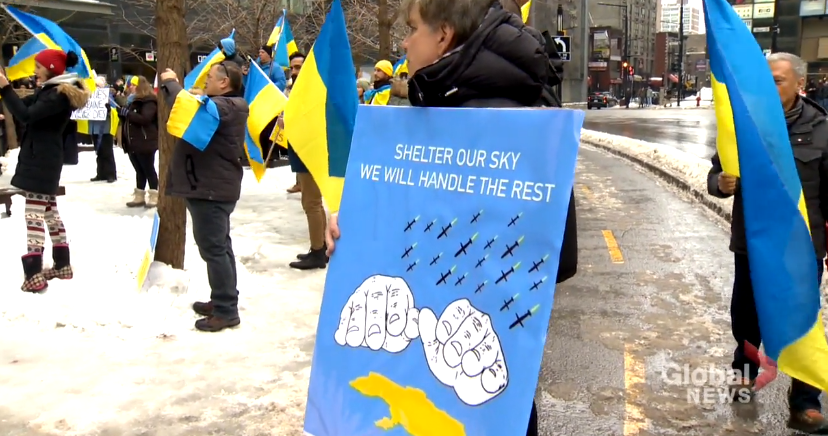 Sunday marks 11 days since Russia invaded Ukraine and Montrealers of Ukrainian descent are continuing to mobilize support for their country of origin.

Kathy Smolynec, president of the Ukrainian National Federation, Montreal, said it’s important to keep reminding the public of the situation in Ukraine.

“There really is a humanitarian crisis,” she told Global News. “I mean over a million people, mostly women and children, have left Ukraine leaving their husbands and sons and fathers to fight.”

Sunday afternoon, members of the Ukrainian community in Montreal community held a concert to raise funds for the Canada Ukraine Foundation to support relief efforts.

“[Refugees] are in Poland, they’re in Hungary, they’re in Slovakia,” Smolynec said, “and there are still lots of people in Ukraine who are in dire need of medication, medical care, food and housing.”

Among the musicians who performed was Bogdan Gumenyuk, a saxophonist who’s originally from Ukraine.

He said he still has family there.

“My younger brother is making barricades right now,” he noted, “and some of my friends took up weapons. “They’re also musicians.”

Sunday’s fundraiser is just one of the ways the Ukrainian community in this city is making a plea for help.

Gumenyuk said he’s grateful for the help thus far, but believes NATO countries should do more.

“I strongly believe that western politicians should do better,” he stressed.

Those at a protest earlier Sunday afternoon agreed and continued to call for NATO to establish a no-fly zone over Ukraine.