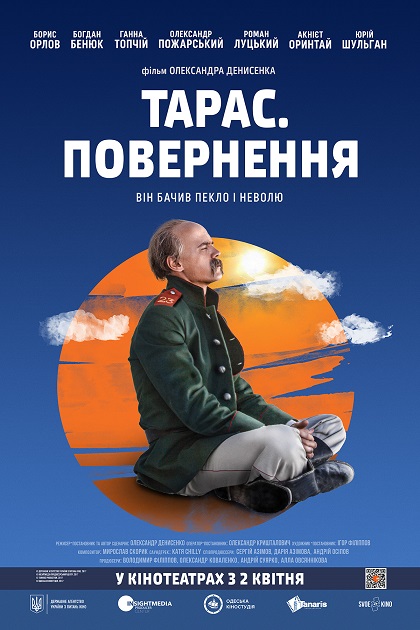 On February 24, 2020, UNF Ottawa-Gatineau branch, together with the Embassy of Ukraine in Canada, hosted a film screening of “Taras. Homecoming”. The film tells a story about the great Ukrainian poet and writer Taras Shevchenko’s 10 years of exile in Kazakhstan, especially about the few last weeks before his release when he was chased out by the Tsarist secret police.

More than 50 people from the Canadian-Ukrainian community in Ottawa attended the event. Immediately following the screening, the organizers hosted a Q&A discussion with the Director of Photography, Oleksandr Kryshtalovych, where everyone had a chance to ask a question and hear answers first-hand about the film.

“Our goal is to educate fellow members of Canadian-Ukrainian community about Ukrainian history and culture through events like this and promote accurate information about Ukraine”, stressed the President of UNF Ottawa-Gatineau branch, Simon Sulyma.”